Is Any Press Good Press? Measuring the SEO Impact of PR Wins and Fails 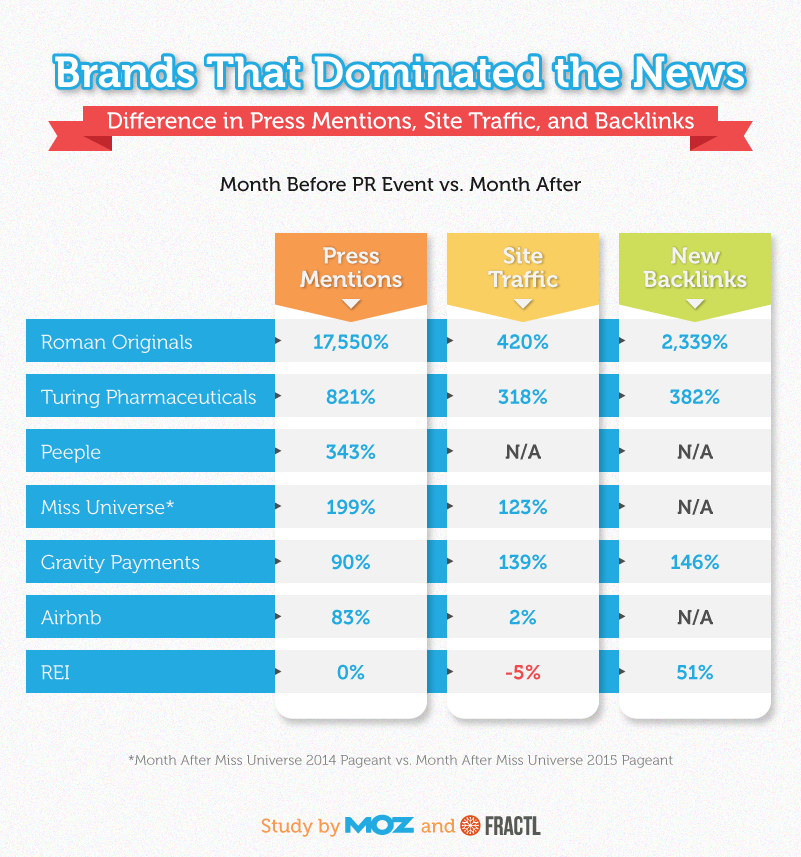 Is the saying “any press is good press” really true? Whether it happens as part of a carefully orchestrated PR stunt or accidentally, the potential payoffs and drawbacks when a brand dominates the news can be huge.

In our latest collaboration, Fractl and Moz explored how a surge of media coverage impacted seven companies.

By looking at brands that dominated headlines within the last year, we set out to answer the following questions:

Our goal was to analyze the impact of major media coverage on press mentions, organic traffic, and backlinks, based on seven companies that appeared in the news between February 2015 and February 2016. Here’s how we gathered the data:

A reminder about widget links

Updating the smartphone user-agent of Googlebot