The Potential Impact of Gen Z on SEO 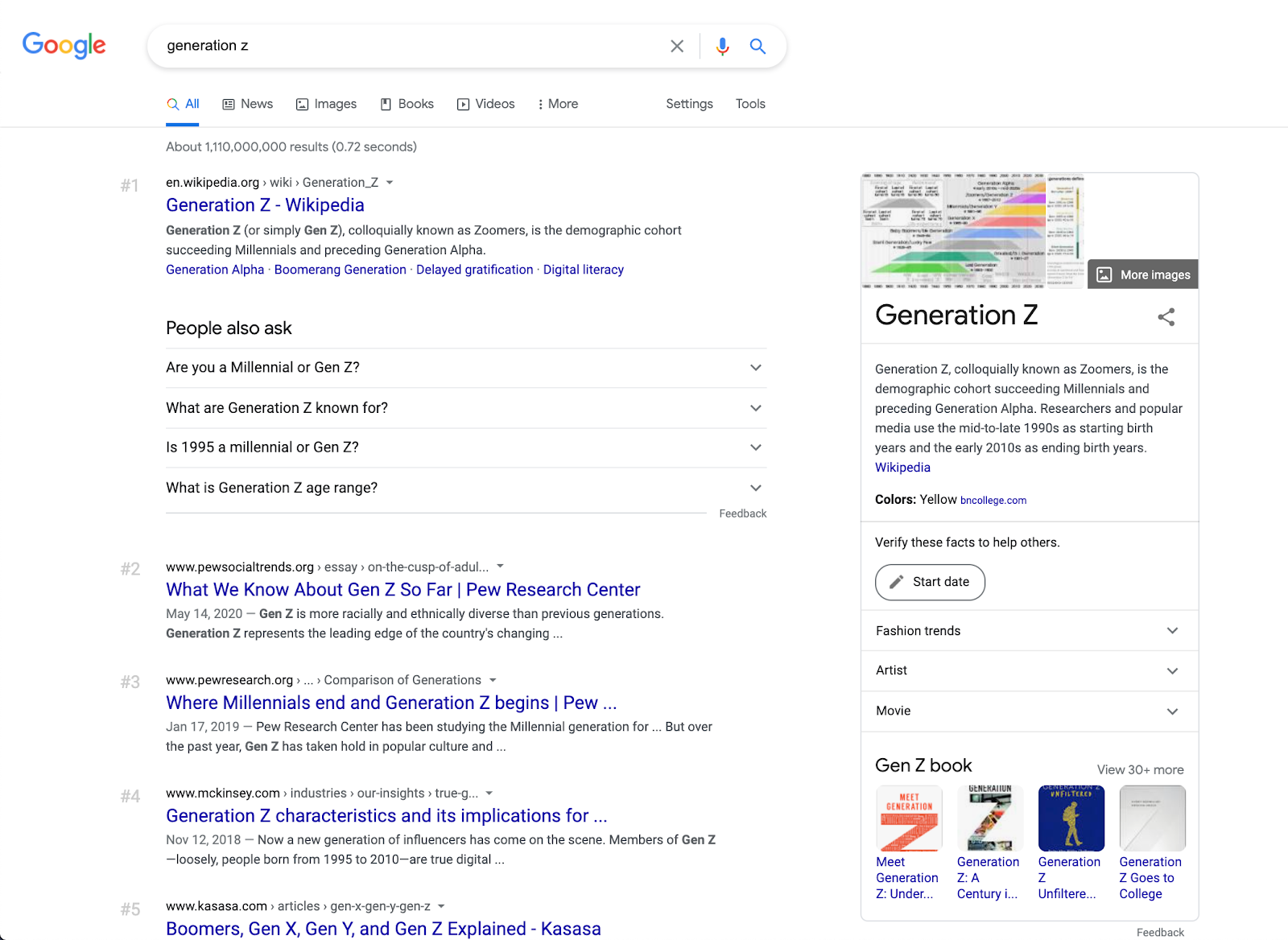 Generation Z’s behaviors differ from the cohorts that came before it, creating a new challenge for businesses marketing to consumers within it. Gen Z’s presence is also growing in the marketing industry itself and, as such, learning how to work with and appeal to these young people is a critical step to take sooner rather than later.

Who is Generation Z?

Social media stars might be the first people who come to mind when you think of Gen Z (also affectionately called Zoomers), but this age group is more than just TikTokers and YouTubers. Although the purported birth years of this generation vary across different sources, Pew Research refers to them as individuals born from 1997 and onward. With that in mind, it may come as a surprise that these Americans now make up about 28.7% of the total population. For context, Baby Boomers now account for a smaller proportion of just 21.8%, and Millennials around 22%.

Even more shocking than these statistics may be the fact that the oldest members of Generation Z are now well into their twenties. While it’s easy to think of this group as teenagers and children, they’ve grown up …read more